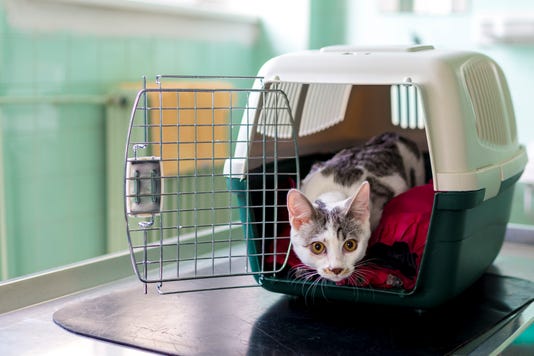 Make sure you have a pet carrier for each of your small pets.
(Photo: NikolaBarbutov, Getty Images/iStockphoto)

Dr. Robin Ganzert’s home, located in the barrier islands of South Carolina, was put under mandatory evacuation on Monday.

The owner of an 8-year-old Morkie (Maltese and Yorkie mix) named Daisy, Ganzert snapped photos of her pet, got her disaster prep kit ready — including a few toys for Daisy — and planned to head inland, away from the impact zone.

She is just one of the many pet owners whose homes are in the path of Hurricane Florence, however, she did something that experts advise every pet parent to do if they can: Get out early.

The dangerous storm is forecast to bring high winds, heavy rains and potential flooding to the coastal areas of South Carolina, North Carolina and Virginia over the coming days. Though it’s a high-stress time for those living in the region, pet owners are encouraged to use this time to plan, prepare and stay informed.

“We recommend that all pet parents have a disaster kit on-hand at all times,” said Ganzert, CEO of American Humane, which has provided animal safety services for over 100 years.

Packing up-to-date photos of you and your pet can help provide additional proof of ownership or identification if you and your animal are separated.

“Last night I took some pix of Daisy, with her cute little summer haircut, so she’s easily recognizable,” Ganzert said.

Disaster kits don’t have to be large, bulky plastic bins that may be difficult to travel with, experts say.

More: Hurricane Florence’s state-by-state forecast: See what could happen where you live

“You can even use a large ziplock bag to pack everything, ” said Joe Elmore, CEO of Charleston Animal Society, a shelter within the evacuation zone. “Don’t make it complicated. Stop by a local drug store. Get a human first-aid kit. Almost everything can be used if you or your pet has an emergency.”

While packing food and water for both you and your pet may be one of the first things that comes to mind, it’s easy to forget vaccination records or other relevant documents that could come in handy during an evacuation.

Without them, your pet may be put in quarantine at animal shelters or turned away altogether, Elmore said.

Most importantly of all, experts say, don’t leave your pets home alone.

“Take your pets with you,” said Elmore. “Don’t just dump them at a shelter. Animal shelters are overwhelmed already. We’re all overcrowded.”

Ganzert said American Humane has relocated animals in the wake of Hurricane Florence. “During the middle of all of this, we were rescuing over 76 cats from an area that was going to flood in South Carolina — an area very prone to storm surges. These cats are now safely on the road, out of harm’s way.”

The felines are being relocated to Connecticut and New York until the storm passes.

“We are working with shelters that are in the path of the hurricane to clear as many animals as we can so we can make room for pets that get displaced during the hurricane,” said Kitty Block, CEO of Humane Society of the US.

Block, whose organization also assisted relief efforts during Hurricane Katrina, said thousands of people often choose not to evacuate because they fear leaving their pets behind. She said that the answer isn’t showing up unannounced at an animal shelter, but to instead call ahead. 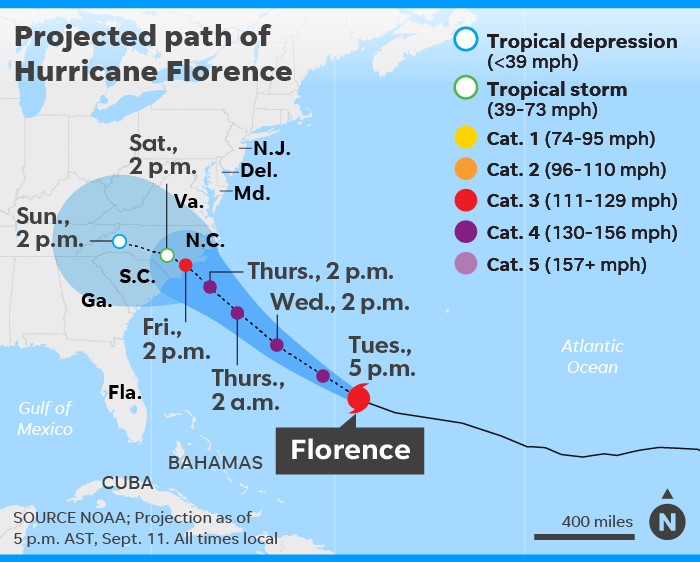 For those who can not evacuate, experts say choose a safe room in your home without windows to ride out the storm with your family and pets.

“They depend on you for food and water. Don’t leave pets in vehicles,” Ganzert said. She said to secure all exits in your home so your pets can’t escape into the storm and to know your pet’s hiding places because that’s where they are likely to run.

The evacuation expert also warned against using tranquilizers during hazardous storms. “They’ll need their survival instincts should the storm require that. They need to have all their wits about them,” Ganzert said.

After the storm has passed, Ganzert said it’s important to assess any damage before allowing pets to return home.

“Keep dogs on a leash and cats in a carrier …,” Ganzer said. “Displaced objects and fallen trees can disorient pets and sharp debris could harm them.”

Though there are precautions you can take, the best thing to do is get out of harm’s way.

“People don’t leave soon enough. People don’t evacuate soon enough. It’s better to be safe. People wait too long and then it’s too late,” said Ganzert. “When your governor or your mayor says evacuate, please do like Daisy and I did.”

from Trusted eNews https://ift.tt/2Of73mf
via IFTTT

View all posts by trustedenews